It’s hard to stay connected with your people in a growing company. Names and faces start blurring together until company events become a challenging game of memory. It’s a test that gets exponentially more difficult as the names of significant others and children get pulled into the conversation.

One way I get to know my people better is to take them out to lunch from time to time. One-on-one, just a chance to catch up outside the office walls. In a perfect world, these lunches would be scheduled regularly. For the rest of us, it’s a matter of carving out the time to make it happen.

When I can’t schedule one ahead of time, I like to take advantage of the opportunity when another meeting or business lunch falls through. That’s what happened when I asked Marcus if he wanted to grab a bite to eat one day. 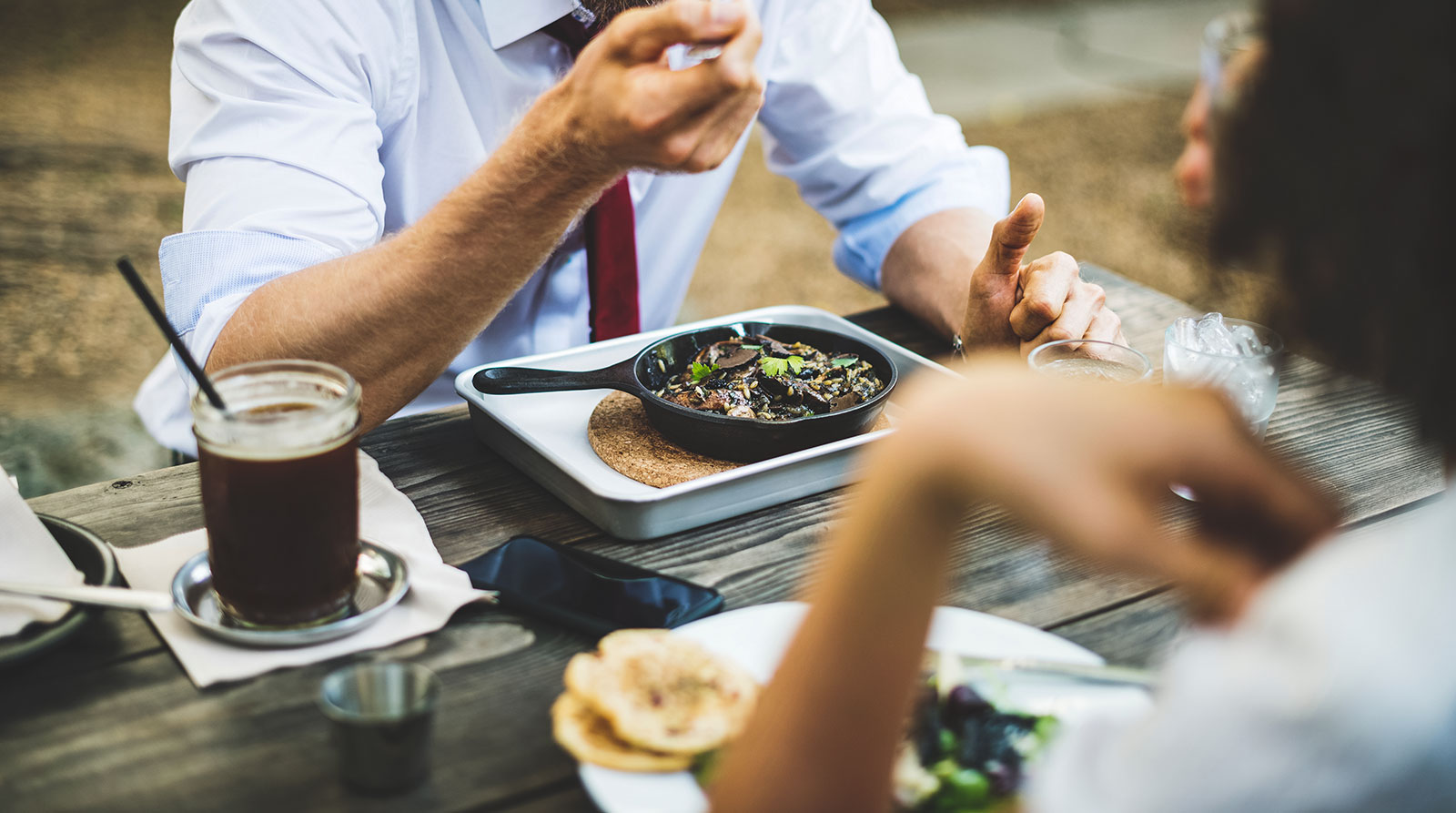 When a good lunch goes bad

We sat down to lunch and our conversation quickly made its way to sports. The NBA team in our hometown, the Thunder, had played the night before, so we started chatting about the game. As conversations often do, it drifted from sports to family and home improvement before circling back to sports.

Before I knew it, our meals had disappeared, and the waiter came by to pick up the check.

After paying the tab, I grabbed my to-go drink and got up to leave.

“Is what it?” I sat back down, feeling about as confused as Marcus looked.

He looked down; there was something weighing on his mind.

“I thought … I don’t know, I thought I was getting fired or something,” he mumbled.

For the next few minutes, I did my best to convince Marcus that he wasn’t getting fired. This was just a lunch to catch up as friends. There wasn’t an ulterior motive.

With Marcus reassured, we left the restaurant. This time, it was me filled with doubt and uncertainty. Had this been on his mind the whole lunch? How much productivity did we lose that day after I’d asked him if he was free for lunch earlier that morning?

Coming up with a solution

Marcus thought I would blindside him with an uncomfortable conversation over lunch. That’s the problem. It was clear he’d had a previous boss do that to him, and he didn’t trust me enough yet to know I wouldn’t do it. When I got back to the office, I knew something had to change.

Instead of getting any work done before lunch, he’d probably spent the morning updating his resume.

Can you imagine how much productivity you’re losing in your company because your people think you’ll blindside with an uncomfortable conversation? That’s not how you get stuff done.

After some deliberation on the problem, I set up what I called the Principal’s Office. The name is an homage to my days as a teacher.

The flip side of that coin meant you wouldn’t get blindsided by an uncomfortable conversation anywhere else — like Marcus thought was happening over lunch.

Meeting with my executive team, I laid out the concept of the Principal’s Office for them. I didn’t want my tribe being worried about unexpected surprises when it comes to fulfilling the bottom two layers of Maslow’s hierarchy. That meant making a shift in how we handled uncomfortable conversations.

The Principal’s Office at my office started with me being the only one using it. As our company grew, uncomfortable conversations happened more often.

Team leaders across the company used the Principal’s Office as a place to work through difficult challenges with their teams. Over time, team members latched onto the idea and used it as the place for their own uncomfortable conversations with each other. 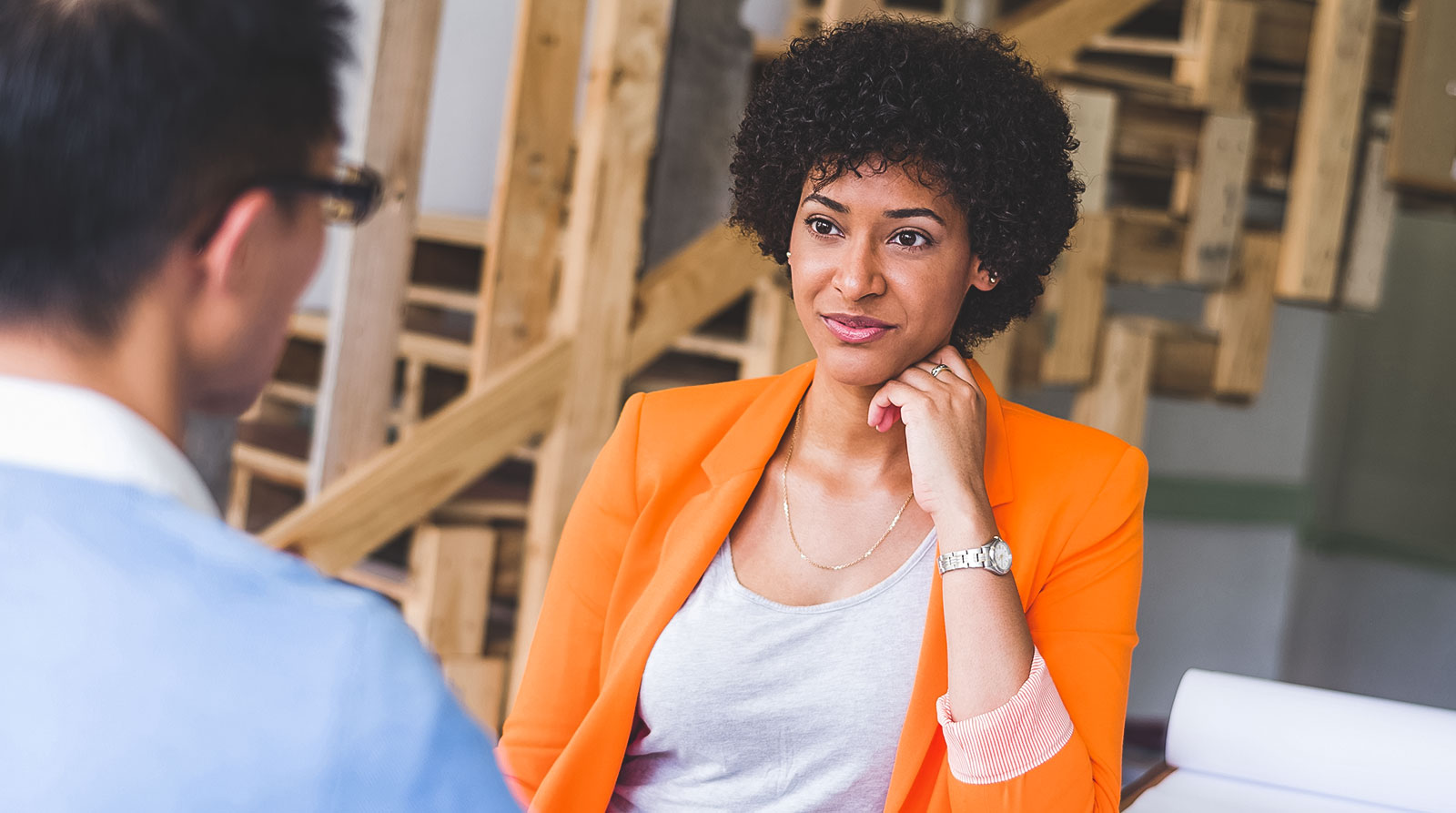 Why the Principal’s Office works

You can’t avoid conflict at your company. In fact, you shouldn’t. Conflict doesn’t have to be unhealthy. The more passionate people are about their work, the more conflict you’ll have as people are tackling tough challenges.

It’s how you, as a leader, can build trust with your tribe. Healthy conflict isn’t about blindsiding your people with uncomfortable conversations. Instead, use it as a constructive way to reach a shared goal, you’ll find your tribe comes out stronger on the other side of conflict.

Surprising your people sets up the expectation that shocking or unsettling news can happen anytime, anywhere. As a result, it’s human nature to have your defenses up all the time, everywhere. Healthy conflict is good, but there’s a time and place for everything.

When you designate the location for uncomfortable conversations, you’re taking control of them. With a Principal’s Office, your people will know you’re not going to catch them off guard elsewhere.

No beating around the bush. The message sent to my tribe was clear: There aren’t any surprises around uncomfortable conversations. You won’t get blindsided.

After implementing this concept, I continued going on lunches to get to know my people. Never once did I have the issue I had during the lunch with Marcus.

When you treat your tribe with respect, they’re more likely to return the favor.

No one likes having uncomfortable conversations, but they need to happen for your company to grow. When you can control where they happen, you’re eliminating the concern among your team that they can happen anywhere. Reducing that fear eliminates one of the greatest roadblocks to productivity.