Act I: The parable

Matt stretched his legs. That felt good. It was a long flight, and those seats in business class were a little short on the legroom. He made a mental note to plan for that next time, maybe an exit row seat will be better. He hoped there would be a next time; perhaps a more relaxing visit.

Why did they send me? Matt thought. I don’t even speak French! It must be some sort of cruel initiation.

He thrust the doubts aside. He’d just been hired to handle sales for EMEA, and this was his first time doing a solo presentation. Usually these were in-and-out jobs, but he purposely booked himself a flight with a couple hours of leeway. If he was going to make it to his potential client’s office in time to make his presentation, he’d need some help to make sure he knew where to go. No mistakes.

Finding the airport’s information desk, Matt explained to the agent that he needed to make his way to Chartres, about 75 kilometers to the southwest of Paris.

“I think their office is near Notre-Dame,” Matt said, offering up the only bit of information he remembered from his research on the client’s office in Chartres.

Fortunately, the agent spoke English, so Matt didn’t have to try to translate using his phone. Unfortunately, for being an information desk, the agent wasn’t very helpful.

Like hearing a magical phrase, the desk agent clearly assumed Matt wanted to see the more popular tourist attraction in Paris. The agent was a flood of information on the cathedral, but none of that was helpful to Matt.

Matt didn’t care about any of this — he wasn’t a tourist. At least, not this trip. In the back of his mind, Matt admitted he’d care more about what the agent was saying if he were there for leisure.

It took longer than it should, but he finally got the agent to understand what he wanted. Pulling out a map, the agent drew out directions and handed it to Matt.

Finally! Matt thought, relieved to get something helpful from the agent. Matt’s mind was racing. He tried to calm himself. Landing this client will be a game changer for the business. And, I know this presentation like the back of my hand. It’s practically a slam dunk.

He was jolted back to reality as another traveler pushed past him to speak to the agent at the information desk.

Matt hurried toward the exit, unfolding the map as he went. He was almost out the door when he noticed the directions on the map weren’t right. Granted, it was all in French, but Matt could clearly see this wasn’t going to take him to Chartres at all; the agent drew directions to Notre-Dame in Paris.

What is it with that guy and the Notre-Dame? Matt thought. Didn’t he listen to a word I said?

Frustrated, he turned around and made his way back to the information desk. When he got there, the lights were turned off. Where the agent once sat was a small sign explaining they’re gone for the day. Please come back tomorrow at 6:00 AM.

What sort of airport closes the information desk? Matt’s stress levels were continuing to rise.

Matt weighed his options. There in the busy airport, without help and unable to speak the language, he was as good as lost.

I’m on my own, Matt thought. Great.

Flagging down a taxi, Matt tells the driver to head toward Chartres. It’s a long drive, but he didn’t want to risk public transportation. As they make their way down the road, Matt called his assistant back home to get the address for the client’s office. Typing it in his phone, Matt saw it should take an hour and a half from their location.

He scribbled the address onto a piece of paper and handed it to the driver, who nodded his head in recognition. Matt finally let himself relax a little and sat back to look at the French countryside out the window.

Matt was jolted awake as they arrived at his destination. He looked at his watch.

The driver had decided to take the longest route possible, no doubt to rack up the bill. Matt didn’t care about that as much as he did the fact he was now late to his own meeting. Not a good first impression, and one his potential client wasn’t pleased about when Matt rushed inside.

At least the presentation went well… 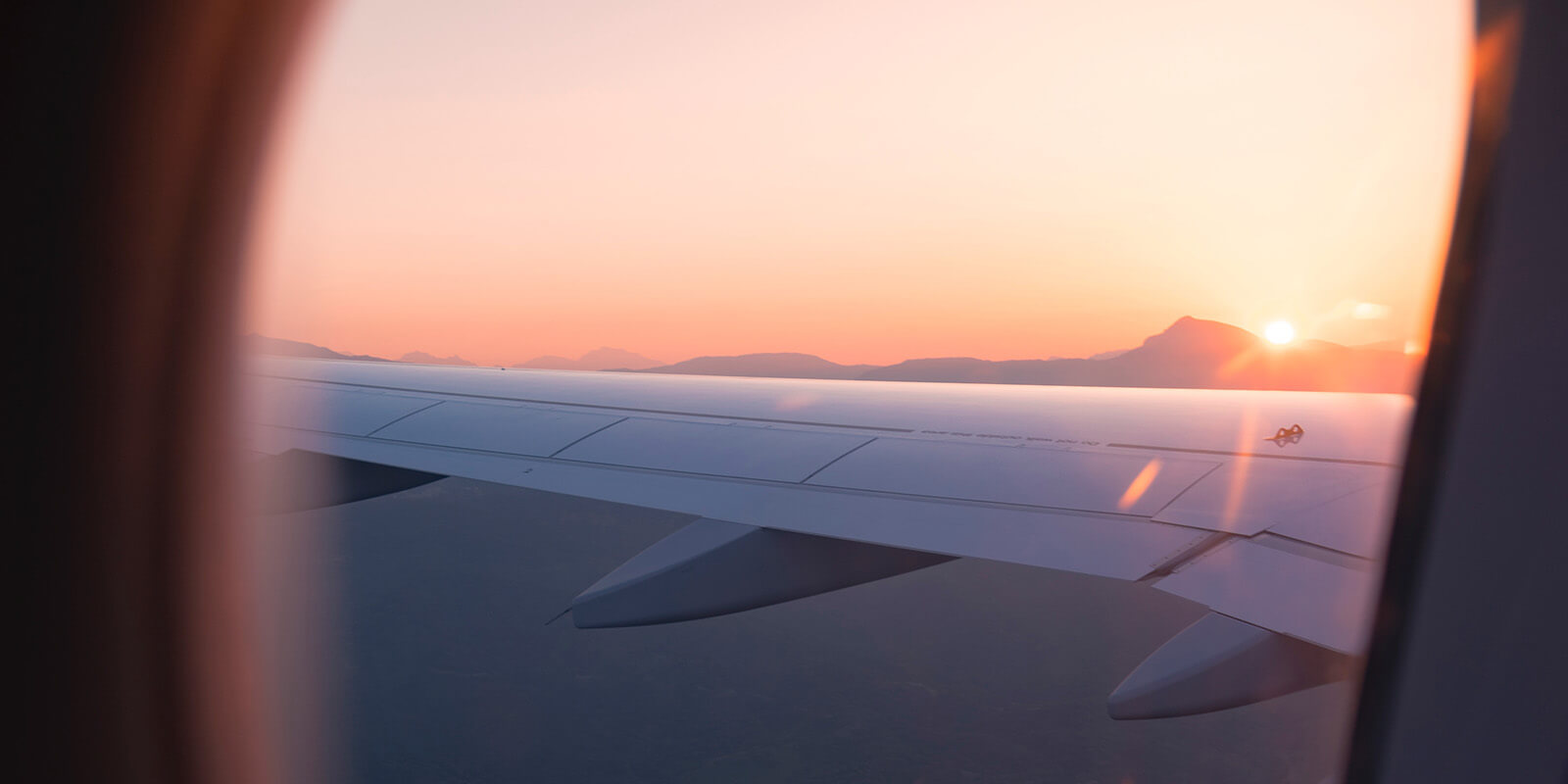 Matt’s return flight home was an extra stressful one. He had had this. Could getting lost and arriving late to the meeting cost him the client? Would it cost him his job when his boss found out what happened? Not the kind of game-changer he had in mind.

What would you do in Matt’s shoes? There might be a few choice words for the agent at the information desk. There are probably a few things you’d like to say to their boss, too. Or maybe the taxi driver … maybe all the above.

How much would that change things? If anything, they’d probably be less willing to help the tourist yelling at them. An already unhelpful experience would only get worse.

The simple fact of the matter is: They don’t care about Matt’s problems. They don’t benefit anything by getting him to his meeting on time. Matt’s left to figure out a way around their lack of help.

We’d all like to think we’d never let such poor service slip into our business. And yet, countless companies around the world are doing this exact same thing to their new hires.

Are new hires coming to your company feeling like your leadership is leaving them to figure out how to get stuff done on their own? Let’s look at the elements of the story a little deeper to see what we can learn.

In the story, Matt is like a new hire at your company. He’s out of his comfort zone, surrounded by people and yet stranded in a place he’s never been before. He’s there to do a job he knows how to do (the presentation), but he needs some help navigating the environment.

The simplest thing can turn into a source of frustration if people are just going through the motions in their own jobs and ignoring what Matt really needs.

The agent at the desk is going through the motions. They’re like the employee who knows how things work at your company so well that they just assume to know what the new hires need. So, they don’t really listen.

As frustrating as this can be, Matt is left with little alternative but to trust the agent’s directions. By the time he realizes the information he’s been given isn’t helpful, it’s too late.

In our story, the map is your employee handbook. Orientation often consists of someone from HR to explain things in the handbook from how the company works, their benefits, the teams…it’s all great information, but it’s not enough to help your new hires be successful right off the bat.

It’s reference material that might be helpful if Matt should decide to come back for a tourist trip, but it doesn’t help his immediate needs.

Some people are out for themselves. When a company gets too focused on the result, efficiency can be the sacrifice. Like Matt, new hires are out of their comfort zone and can be the easiest to fall prey to negativity in your company.

After all, in the end the taxi driver succeeded in his task of taking Matt from the airport to the client’s office. They just took twice the required amount of time to do so, which resulted in profiting at Matt’s expense. 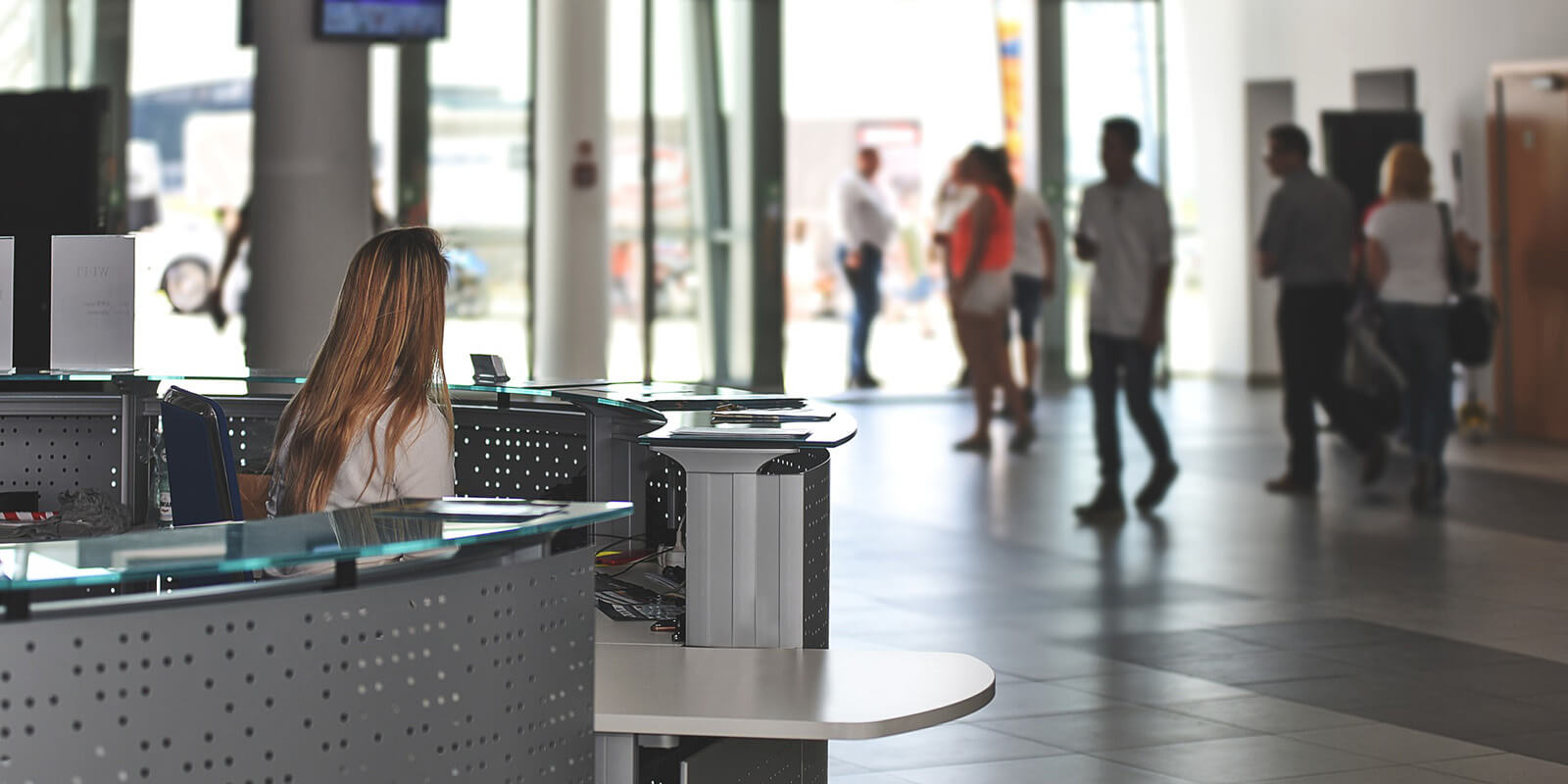 Every single one of Matt’s issues could’ve been resolved if he had a local guide who knew the area to help him out. Instead, Matt had to struggle to figure out how to get things done on his own. To make matters worse, he was in a city he’d never been to and didn’t speak the native language. In the end, Matt’s tardiness could’ve cost him a potential client. He had one chance for a positive first impression, and he failed. It didn’t matter there were circumstances beyond his control.

Likewise, you have one chance to make working at your company a positive experience for your new hires. Instead of leaving them to fend for themselves, take the time and put forth the effort to make everything about onboarding at your company a positive experience. Some companies even have their own language of terms they use that can almost immediately alienate new hires if you’re not careful.

Set your new hires up for success with a navigator program.

Navigators are the local guide to your company for new hires. Team leaders can help your new hires for project-related questions, but navigators help with any other question. “Who do I tell if the toilet paper in the restroom is out?” or “Can I use headphones at work?” or even, “Who will go to lunch with me?”

There are a million questions new hires will have when they join your company. Their navigator is the point of contact for getting their specific questions answers.


Act IV: How to get started

Start by identifying a few volunteers to be navigators for new hires. They’ll be cultural ambassadors to your new hires, so it’s important to find people who are serious about helping new hires feel a sense of belonging, affirmation, and meaning at work.

The number of navigators you need depends on how quickly you hire. Every navigator doesn’t need to be assigned to a new hire every month, but ideally, you’ll have enough volunteers so one navigator can be assigned to one new hire for their first 30 days. That helps them integrate into your company’s culture at their own pace.

As soon as you make a hire, assign a navigator and let them know the new hire’s start date. Here’s a sample schedule of activities for the navigator:

*Could be anything from happy hour to bowling. The goal of this event is to help the new hire get to know their coworkers as people, outside the office walls.

As a leader, your job is to clear roadblocks that’ll keep your team from being successful. However, realistically, you’ll probably be the last person a new hire will go to when asking for help.

Cover the cost of the navigator-scheduled lunches with the new hire and don’t wait until the fourth week to check-in with the navigator to see how things are going. Go out of your way to look for opportunities to help make sure the navigator has all the support they need to help the new hire be successful at your company. The more you can show your people you have their back from day one, the more likely they are to buy into your leadership decisions.